Jordan BossKrall is... has... WON"T STOP 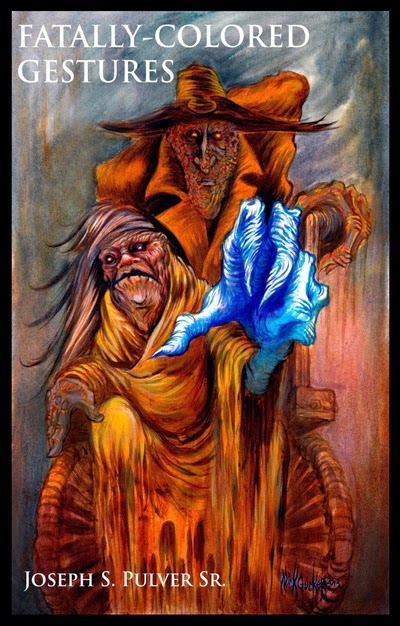 BossKrall, via his DYNATOX MINISTRIES, has created an outlet for limited edition chapbooks by a variety of authors, Mike Griffin, Scott Nicolay and Daniel Mills, Suresh Subramanian, Wilum Pugmire, and Jayaprakash Satyamurthy, are but a few. The releeses include avant garde, horror, bizarro, science fiction, Weird fiction, poetry, and everything in between.

Well, seems BossKrall has one (now up for PRE-ORDER!! !) from this old bEast. Here's the details... kinda

Rage and rain and lit-out and graves under the desert skies of the Post-Civil War, American Southwest. Ce and Johnny seen everything bad and ugly ridin’ with the Captain. Hell, they’ve even heard demons—

No lamp lit
or bellweather.
No Hail Mary.
No truce ripe with hopefulness
to ward off the heartless, flamebird sun.
Teatro.
A word, long
as a long conversation of iron ghosts
on The Captain’s tongue.
Teatro.
Dead spot at the end of a silent road.


Saddle up, pard, there’s horrors strange and black as the brutal wastes between the stars up ahead . . . Looks like it’s going to be a bumpy ride

Disclaimer: We’d tell you Fatally-Colored Gestures is rated NC-17 (for BAD WORDS, sexual debasements, substance abuse, mean as Hell, GUTS & GORE, and KILL! KILL!), but then it’s published by BossKrall and penned by Pulver, so you know it’s lowdown and nasty.