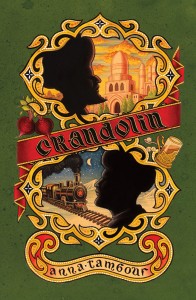 “Immerse yourself in the magical world of Anna Tambour’s Crandolin, a delirious journey that takes the reader through Central Asia and Russia with some fascinating strangers and a donkey, a demanding musical instrument, and delicious hints of nougat and honey.”-- Ellen Datlow

“By turns lyrical and absurdist, whimsical and elegantly true, Crandolin is unlike any novel you will ever have read. Anna Tambour is brilliant, a true original.”-- Lucius Shepard


"At heart Crandolin is a rich confectionery, a tapestry woven out of dreams and nightmares, an Arabian Nights tale for the twenty first century with Tambour as Scheherazade, lulling us with her mellifuous voice and artistry. I loved it, and didn't want it to end." -- Peter Tennant, BLACK STATIC


"...with the appearance of her new novel, Crandolin, [Anna Tambour] will surely register Richter-powerful on the delighted synapses of all patrons of weird, funny fabulism. The lively and bold Chômu Press, which touts its catalogue as offering 'new vistas of irreality,' deserves much credit for presenting this out-of-the-ordinary, highly accomplished foray into the Weird...But what's really central to Tambour's tale is the romance of food."-- Paul Di Filippo, Locus Online


"Funny and compelling, strangely wise about its worlds ... It can seem like a fun ride or a maze, yet Crandolin is never just a joke. When Tambour finally invokes one storyteller's sense of 'fear and joy,' it's genuine; we can share in the feeling, at the end of a long, strange trip."-- Faren Miller, Locus


"A fairy tale Dostoevsky would have liked... It's like it was written by a demented chef." -- David Kowalski


“Anna Tambour writes with compassion, mischievous humour, and an at times mouth-watering sensuality, delving into the daily world and beyond to find the riches of magic.”-- KJ Bishop


In a medieval cookbook in a special-collections library, near-future London, jaded food and drink authority Nick Kippax finds an alluring stain next to a recipe for the mythical crandolin. He tastes it, ravishing the page. Then he disappears. So begins an adwentour that quantum-leapfrogs time, place, singularities, and Quests – from the secrets of confectionery to the agonies of making a truly great moustache, from maidens in towers to tiffs between cosmic forces. Food, music, science, fruitloopery, superstition, railways, bladder-pipes and birth-marked Soviet statesmen; all are present in an extraordinary novel that is truly for the adwentoursomme.

The conspiracy to eradicate your fluffysoft Spring 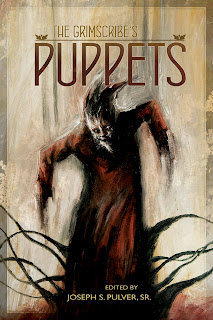 The conspiracy to eradicate your fluffysoft Spring is here.

Yup. After hours of warring over it, THE GRIMSCRIBE'S PUPPETS has a {final} ToC~ ~~