NOW available for your Kindle. ebooks will be available from iBooks and DriveThru in the next few days. And the trade edition will be here very, very soon! !!

The black stars are up.
Upon the shore of madness, the cloud waves break.
The thunder of her song rises.
Cassilda is an avalanche.
From the breast of experience, from the shadows and tatters of the mind wounded, come the laughter and the tears now grasped by the fallen leaves of Trakl’s autumn. Cassilda’s complicated sisters, unwilling to be hidden away and boarded up, sound the thunder. Hot and colorful, in full view and shaded by the aroma of discord, they stand before you unmasked. 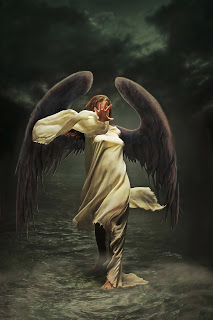